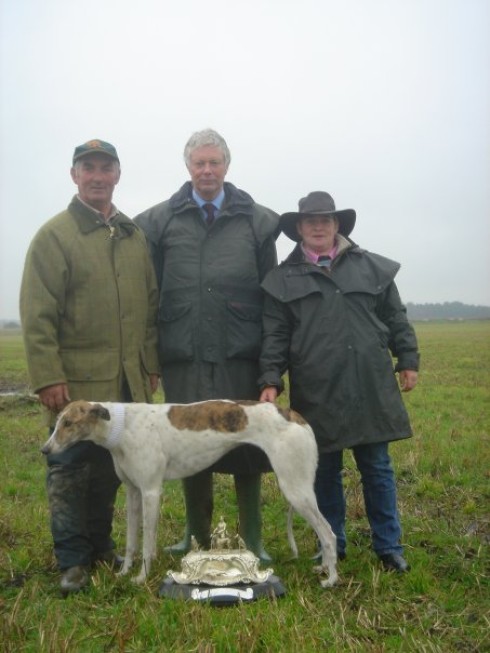 We are sad to report the death of long-time greyhound breeder, owner and coursing supporter Ernest Smith, who ran the Isle of Wight Coursing Club, as did his father before him. Ernest was the owner, with Michael Darnell, of Shashi, winner of the 2005 Waterloo Cup – and is seen here with trainers John and Jackie Teal and his Bella Figlia, who was a beaten semi-finalist in the Waterloo Cup the same year, and winner of the Earl of Sefton Trophy at Altcar in 2004. His funeral will be held at the Methodist Church, Bembridge, Isle of Wight, on Thursday 6 February, at 2.30pm.