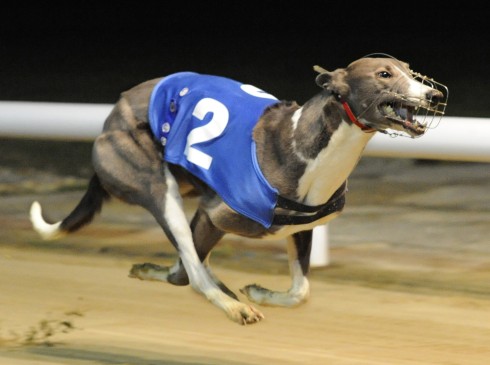 January’s British-Bred Greyhound of the Month has to be MIDWAY SKIPPER, for being awarded Marathon Performer of the Year for the second year running at the GBGB Awards in January for some great wins, including succesfully defending the Betfair TV Trophy over 844m at Kinsley in June!
A May ’06 blue and white daughter of Top Honcho and Midway Tomsscout, Midway Skipper is bred and owned by Patricia Chalkley and trained by Henry Chalkley. Pic: Steve Nash